Mah Jong Pai Gow is a table game found at a few of the older casinos in Macau. It is played with 20 Mah Jong tiles as pictured below. Following are the rules. 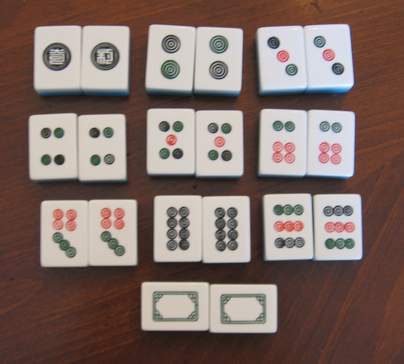 Kathi M. for finding the rules, and having them translated from Portuguese to English.