Caribbean Stud Poker is surprisingly popular in Macau. On a percentage basis, I think there are more tables in Macau than Las Vegas.

Two rules of thumb will guide you correctly through 93.6% of hands in Caribbean Stud Poker. These two rules are:

For hands with an ace and a king things get more complicated. I recommend my very own "Wizard Way" for Caribbean Stud Poker. It goes as follows.

The side bet is a flat HK$ 25. It pays based only on the player's hand, as follows. All wins are on a "for one" basis, in other words, the original bet is never returned.

The expected return of the side bet will vary according to the amount in the jackpot meter. The following return table shows the odds for a HK$ 2.8 million jackpot, which I use because that is what the Wynn boasted paying on a recent jackpot, as shown in the following picture. The lower right cell shows a return of 65.04%, or a house edge of 34.96%. 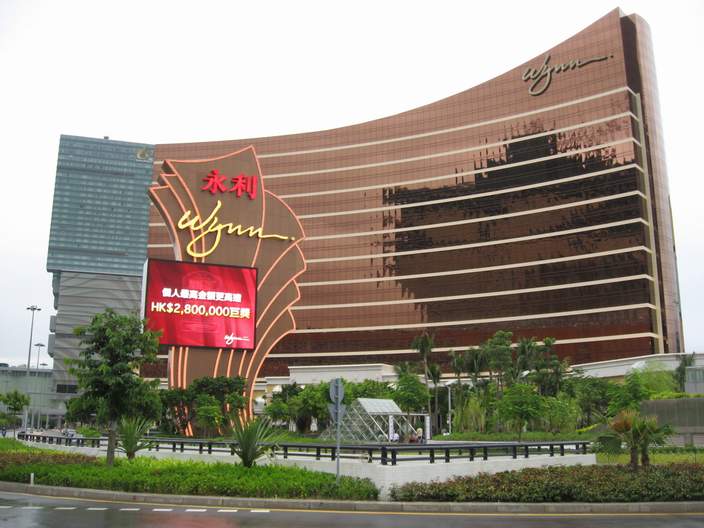 The following table shows the expected return for a range of jackpot amounts.